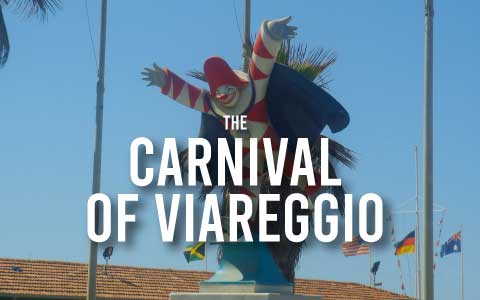 It’s time for the Carnival of Viareggio!

The Carnival of Viareggio is one of the most famous carnivals not only in Italy, but in the world. Why so much popularity? First of all, the allegorical floats are among the largest and most animated in the world.

Thanks to the mix of allegorical floats, masks, marching bands and parties the Carnival of Viareggio creates an incredibly festive atmosphere. And to make everything even more vivid, the audience also show off more or less elaborate masks.

During the Carnival, the quiet Tuscan coastal town of Viareggio, not far from Florence and Pistoia, turns into a huge open-air festival, attracting more than 600,000 visitors every year.

THE CARNIVAL OF VIAREGGIO: EVERYTHING YOU NEED TO KNOW

THE PARADE OF ALLEGORIC FLOATS OF THE CARNIVAL OF VIAREGGIO

All the carnivals throughout Italy include a parade of allegorical floats, but that of Viareggio is unparalleled.

The floats are real works of art that require more than a year of work. They carry huge papier-mâché figures, rich in details, with motion systems and lights. They are impressive! And most of all, they are handmade.

The tradition of the parade of the allegorical floats dates back to 1873. It takes place on Shrove Tuesday, along two avenues by the sea, which are over 2 km long and are one of the most beautiful areas of Viareggio.

However, the floats are not just an excellent form of craftsmanship: they also have a meaning, since they usually depict topical issues in a satirical way.

But what happens to the allegorical floats once the Carnival of Viareggio is over? The artisans don’t destroy them, but keep them in the Carnival Citadel.

THE CITADEL OF THE CARNIVAL

The Carnival Citadel is open since 2001 and is a huge area of Viareggio completely dedicated to carnival. There are no similar park as vast as this in Europe.

Inside the Citadel there are the 16 hangars in which the artisans build the allegorical floats and other carnival works. Then, there is the ‘Espace Gilbert’, an exhibition space to display the best floats of the past. And there is even a Carnival Museum.

But the Citadel is not only for artisans, but for everyone. Indeed, children and adults can visit it or participate in the numerous workshops on papier-mâché.

One of the most popular spots in the Citadel is the large square where visitors can find the statue of Burlamacco, the mascot of the Carnival of Viareggio.

It is the official mask of the Viareggio Carnival, created in 1930 by the futurist and graphic painter Uberto Bonetti. And now this mask is so popular that you can find a reproduction is even in the Musée de l’Homme in Paris.

Initially the mask didn’t have a name. Then, after 8 years, it was called Burlamacco, which seems to derive from Burlamacca, the canal that crosses the city of Viareggio.

Although Burlamacco looks playful and friendly, its aspect is anything but banal. In fact, it includes details of several famous carnival masks. For example, the hat recalls that of Rugantino, the checkered costume that of Harlequin and the white button that of the French Pierrot.

THE PARTIES AROUND THE CITY

Everywhere in Italy, Carnival is a celebration for common people.

Throughout the Carnival of Viareggio, balls and masked parties brighten up the evenings. Their origin dates back to at least the 1920s. At the time, it was fashionable to attend parties in which women had to wear a specific color and the ballroom was decorated in the same tone.

Even more popular are the neighborhood parties. Entire districts of Viareggio, especially Marco Polo and Darsena districts, host outdoor parties, in which people can dance in masks and enjoy the typical local dishes.

Are you coming to Viareggio?

Discover our villas in Tuscany, Italy


our villas in Tuscany 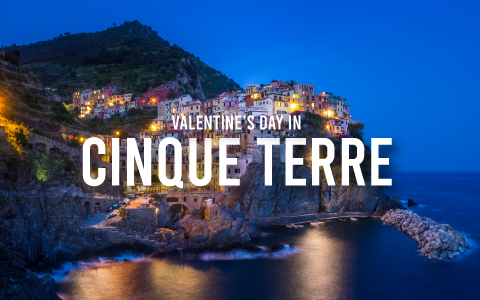 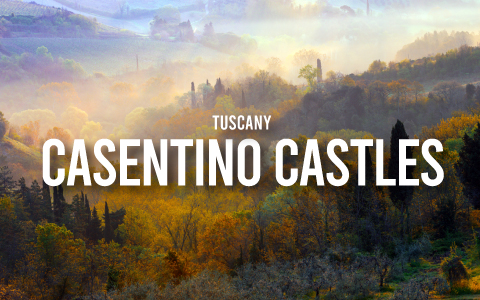 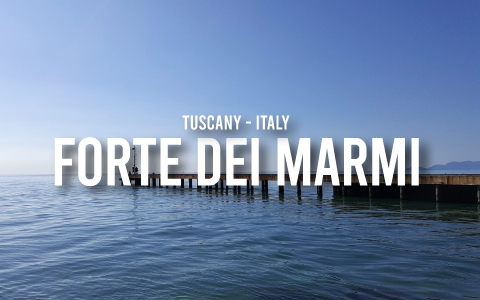