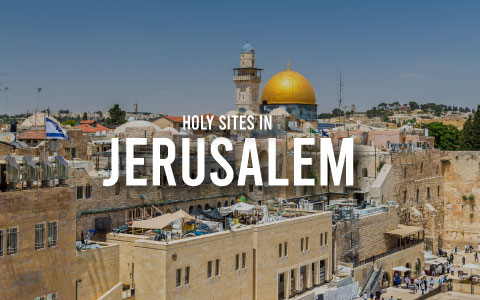 About an hour’s drive from Tel Aviv is Jerusalem, the capital of Israel and probably the most contested city on Earth.

Considered the main religious center for the Jews, the Christians and the Muslims, Jerusalem is a city that has a lot to offer even to those interested in a holiday that has nothing to do with faith or pilgrimages.
However, the holy sites in Jerusalem are so rich in history and charm that are worth a visit. At least those most venerated by the three great religions.

It is the most important holy site in Jerusalem for the Muslims.
In the Old City of Jerusalem there’s a sort of square where are four minarets and three monumental buildings:
-the al-Aqsa Mosque, said to be one of the oldest mosques in the world,
– the Dome of the Chain,
-the Dome of the Rock.

The Dome of the Rock is a UNESCO World Heritage Site and its golden cupola is for sure Jerusalem’s most popular landmark. However, the colored tiles that decorate its facades aren’t the 6th-century original ones, but faithful copies produced in Italy during the 1960s.

The importance of this shire is due to the fact that both the Jews and the Muslims believe that it is built on the site where Abraham offered his son to God. Moreover, it represent the earliest religious structure to be built by a Muslim ruler.

2) The Church of the Holy Sepulchre

It is the most important holy site in Jerusalem for the Christians.

The Church of the Holy Sepulchre is built on the site where the Christians believe Jesus was crucified.

While outside the Church may appear modest, the interiors are way more decorated.

The Church is the ending point for the Via Dolorosa pilgrimage. Via Dolorosa is walk that follow the route of Jesus Christ bearing the Cross towards his execution site at Calvary.

It is the most important holy site in Jerusalem for the Jews.

The Western Wall is what’s left of Jerusalem’s Second Temple that was destroyed by the Roman emperor Titus in the year 70.
It’s also called Wailing Wall, since many Jews still come to the site to mourn the destruction of the Temple and the loss of national freedom it symbolized.

What you can see visiting the Western Wall s just a small part of what’s underground.  The archaeological excavations have uncovered layers of history. The Western Wall Tunnels take you under the city, back to the ruins of the ancient Jerusalem that date back to the first century C.E.

Do you want to visit Jerusalem?

our accommodations in Israel 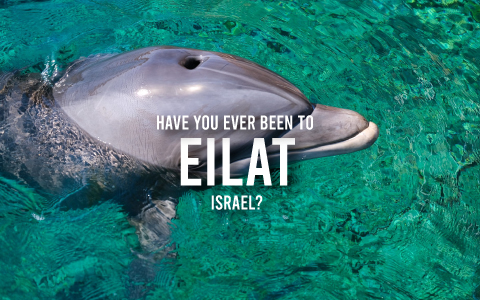 Have you ever been to Eilat, Israel? 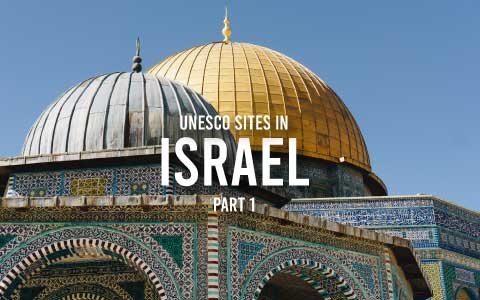